by Muhammad Abdullah
in Smartphones 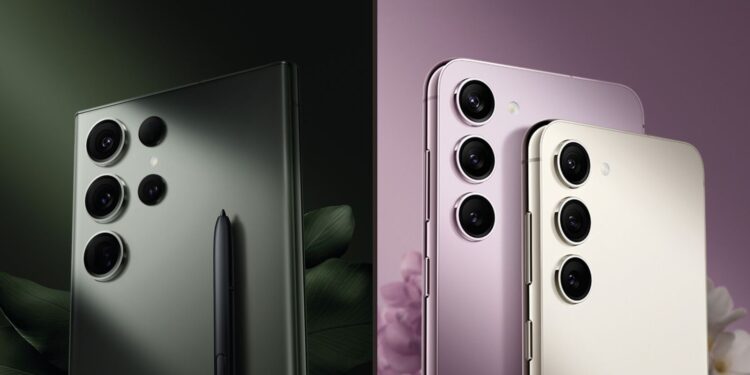 The tipster and gadget leaker, Evan Blass, known for his track record of sharing smartphone (and smartwatch) leaks, shares on his Twitter, showing the official pictures of Samsung’s most awaited flagship smartphones of 2023.

The new Galaxy smartphones feature almost ‘the same’ design as before, excluding the new camera look. There’s no longer a big camera box, instead, the back looks way cleaner and minimal as compared to the previous Galaxy flagships.

Since the Galaxy Note series is dead (RIP), the new Galaxy S23 Ultra packs an S-pen along with a large screen and five camera sensors and can be seen in Apple’s iPhone series like army green color. The other two flagship smartphones have three cameras and can be seen in light gold and pink colors. (Apple’s Rose Gold?)

The Galaxy Unpacked event is set to unveil the new Galaxy smartphones on February 1st, 2023, for the first time in 3 years. Previously, because of the global pandemic, Samsung (and other companies) couldn’t hold an in person event, however, since things are better now, the smartphone giant is inviting the press to San Francisco for the global launch with a tagline “Share the Epic.” The event will be live streamed on Samsung’s website and official YouTube channel.